The staff of Performing Arts Educators is made up of performers, producers, directors, stage managers, educators, and administrators. We have been called “the most organized, well-run production company for amateur performing arts groups” by professional staff in world-class venues. We pride ourselves on running tight, well-oiled productions, so our performers can enjoy their performances without worries. 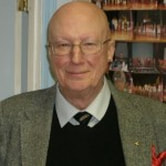 Matthew provides the leadership and vision for our many performing series. He is currently producing series at Carnegie Hall (15), Lincoln Center for the Performing Arts (13), Kennedy Center for the Performing Arts (2), a song and dance production on the stage of the Grand Ole Opry. and previously at Broadway and off-Broadway venues, plus Olympic-related venues (Sydney 2000, London 2012 and the upcoming Paris 2024) for over 20 years. His performance background includes as a flutist for the former Florida Symphony Orchestra and primary wind at Walt Disney World, and extensive fife performance, including the WDW Fife and Drum Corps and the Gettysburg, PA fife and drum corps (11th Pa. Volunteers), plus Baroque instrumental performance on original instruments, and even the Andy Warhol 1966 Plastic Exploding Inevitable.  Educationally, he organized and taught orchestra band and chorus parochial music programs from kindergarten through high school, plus Humanities at the college level.  Matt has organized and administered college evening programs in Pennsylvania.  In addition to several PAE series here and abroad, he currently is working to bring the largest performing arts ensembles to the stages of the Paris Celebrations in the week leading up to the Paris 2024 Olympic Games.  As the co-author of a leading Mime textbook that is still in use today by performing artists (Mime: Basics for Beginners, (c) 1984). Matt has experienced the performing arts as an artist, educator, and producer.  Currently, he is teaching himself how to play mandolin.

Co-founder and Program Director of The Jacob School, a private school for creative, at-risk youth. Mark has an extensive background in planning and executing corporate expansion plans and has worked with both labor and management. He conceptualized and developed a value-based system used to motivate individuals to achieve their potential which was rated “Best Practice” by the State of Florida Bureau of Quality Assurance. His lifelong love is to work with youth, having successfully implemented urban programs in New York and Vermont, and rustic programs in Texas and finally the ground-breaking Stonesoup School in Florida. Mark’s forte is the Visual Arts. As Executive Director of Stonesoup School, he was conservator of the $1.8M Jacob School Bequeathment of Modern Russian Art and representative for the $14M Aranda Collection. He currently works with other academic and non-profit institutions in the area of business model development.  Mark handles logistical planning and operations, execution of technical rehearsals, and is the lead backstage control for each of our performances.

Carrie Straub, PhD is a Director and board member of Performing Arts Educators. Carrie is interested in improving accessibility to the arts for all individuals and uses program evaluation and research methods to identify evidence-based practices of fine arts instruction. Carrie also is Executive Director of Educational Programs and Research for Mursion, Inc. a San Francisco firm using virtual environments for leadership training, diversity and inclusion training, sales training, education, healthcare, and customer service training.  Her costuming and theater performance background, coupled with her role as school director of Stonesoup School, compiled with her cutting edge work with Mursion Inc., educational avatar approach, has informed Carrie’s work at the intersection of education and the arts. 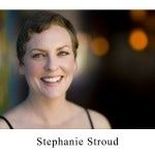 Stephanie is an Assistant Professor of Theater at Westminster College in Salt Lake City, Utah.  She is the former Artistic Director, producing manager, and director of the Theatre Department of Concordia University Chicago.  Directing credits include: UNTIL DEATH (a new play by Dana Lynn Formby), A MIDSUMMER NIGHTS DREAM, and CRIMES OF THE HEART (Feb 2017).  She has acted on Chicago stages such as Lookinglass Theatre, Chicago Dramatists, Mortar Theatre, and Erasing the Distance Theatre. Additionally, she is a lecturer on Woman’s and Gender Studies and Female Voices in Theatre.  Stephanie graduated with an MFA from Penn State University, and a BA in Comparative Literature from Washington University. 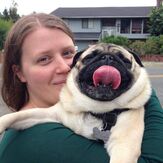 Lucie Shannon's lifelong passion has been to enact change through an interdisciplinary approach to the operations side of nonprofit organizations. She brings this passion with over 14 years of experience in the nonprofit world to start new initiatives that have a lasting impact on her local communities.  These initiatives range from creating a Translation and Interpretation program with the DDA and Washington State leaders in the field of early intervention therapy, to partnering with Washington State public health organizations to create the Social Safety Ambassador program, to securing a student loan program for the only independent animal grooming school in Las Vegas. She was an inaugural board director for a 501(c)3 nonprofit organization focused on promoting public health education and is now their Director of Operations. Lucie has worked with Performing Arts Educators since 2008 and enjoys managing the Playbills for their productions.

Mackenzie is a recent graduate of the University of Connecticut. She has worked in the Creative Services department at HBO (Warner Bros. Discovery), and with clients such as Netflix, Hulu, Disney, and more during her time at Allied Global Marketing, an integrated entertainment marketing agency. She has also served as a Teen Ambassador for the Broward Center for the Performing Arts. As an Ambassador, she worked with the Broward Center and its affiliated venues to promote their shows to younger audiences. She also reviewed a variety of shows as a South Florida Cappies Critic. Her reviews have been published in the Miami Herald and the Sun Sentinel’s “The Forum”. Mackenzie continues to peruse a career in the entertainment industry and through the continual support of PAE.