WE ALL HAVE A MENTOR WE LOOK BACK ON FONDLY WHO HELPED FRAME OUR WORLD FOR THE BETTER, A SUPPORT IN GOOD TIMES AND BAD: THE TEACHER IN THE DARKENED WINGS AS YOU FIRST STEPPED ONTO THE BARE STAGE, THE DIRECTOR WHO REMAINED WHEN THE JUDGES CHOOSE ANOTHER, THE ONE WHO EARNED THE RIGHT TO CORRECT AND ENCOURAGE YOU AND WHOM YOU CARRY IN YOUR HEART THROUGH LIFE.

The Del Kieffner Award honors a devoted music director, Del Kieffner of Orlando, Florida, who stands as representative for the multitudes and generations of performing arts teachers who each in his or her own way have selflessly taught and nurtured succeeding generations of young student performers.
We all have mentors who helped frame our world for the better, the one who taught us direct life lessons: to value honor, honor trust and always strive for excellence.  They were a support in good times and bad: the teacher in the darkened wings as you first stepped onto the bare stage, the director who remained when the judges choose another, the one who earned the right to correct and encourage you and whom you carry in your heart through life

In 2007, Performing Arts Educators established the “Del Kieffner Award,” an award of national recognition to be given annually to a deserving instrumental, choral or dance director as a representative of all directors who go above and beyond in their mentoring of young students in the performing arts. His outstanding commitment and contributions to the Arts at Edgewater High School and in the Orlando, Florida community were endless.
You will be missed!
The 15th Annual Del Kieffner Award Recipient, Esther Owens
Esther P. Owens, Jackson State University (B.S., M.S.), (MS) Mississippi College (M.S.), and advanced work at University of Southern Mississippi and Case Western Reserve University.   Esther recently retired from a lifetime of teaching at Hinds Community College, Mississippi, where she taught modern jazz, liturgical, beginner’s ballet, and ballroom dance, ethnic techniques, country western, as well as street, jazz and hip hop.  Owens studied under Hollis Pippin with Ballet Mississippi and also trained with the Alvin Ailey Dance Theatre in New York City, under the tutelage of Alan M. Onickel, principal dancer with the troupe.  She has choreographed pieces for worship services, competitions, pageants, weddings, debutante balls, coronations, sorority and fraternity functions, reunions, local festivals, as well as political and sporting events.
Her lifelong focus has been the Mahogany Dancers, a sixteen member, Utica, Mississippi based dance troupe of dedicated, motivated and highly energetic young girls.  Esther founded the group in 1981 to provide a positive experience for the youth of the community.
The Mahogany Dancers’ first major performance was at the 1984 World’s Fair in New Orleans.  Since its initial triumph, Ms. Owens has led her young dance troupe from the remote stages of rural Mississippi to the welcoming arena of Nassau, Bahamas.  Other invitations have included:  opening of The Tennessee Tombigbee Waterways (Columbus, MS), Walt Disney World (Orlando, FL), Six Flags (Atlanta, GA), Alvin Ailey Dance Theatre (NYC), the Autumn Festival, Carnegie Hall (NYC), Lincoln Center honoring the families of first responders of 911 (NYC), Lincoln Center Black Heritage celebration, 2007 (NYC), World of Pageantry, 2006 (Honolulu, HI), Mississippi Sings 2010 sponsored by Mississippi Music Educators Association (5,000 were in attendance), Terrific Teens (WLBT, Channel 3, Jackson, MS, 2002), special guest; Good Morning America (2007), 80th birthday celebration in honor of Bea Richards, (“The Practice”).
Owens is the recipient of numerous awards and special recognitions.  Noteworthy honors have been extended for committed service to the Utica Community, Hinds County School District Board of Trustees for Outstanding Accomplishments and Outstanding Performance.  Her unique choreography has brought acclaim from judges during competitive events resulting in many grand championships for her nationally renowned troupe.  She has chosen as a motto for her group, “Striving to Bring Excellence to Maturity.”
Some distinct descriptions of the group have been: original, inspiring stage presence, unique style and creativity, very entertaining, crowd pleasing, multi-talented performances, and a complete demonstration of artistic excellence.
​
“The Mahogany Dancers were one of the few groups to came into New York City (against conventional wisdom ~ all the way from Mississippi by train) the January after 9/11 for our performance benefit for first responders and their families of that disaster and to show disheartened New Yorkers and Lincoln Center staff that we were all in this together.” ~Matt Straub 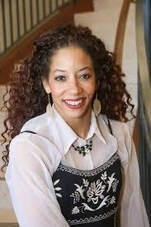 Tiffany Jefferson is the director of the Hinds Community College Dance program in Raymond. Mrs. Jefferson is the 2020 Del Keiffner, Carnegie Hall director of the year, the 2020 City with Soul honoree, the 2013 Humanities Teacher of Year Recipient, and the Hinds Community College 2018 Hind’s Hero and Life Star Award Recipient.
Mrs. Jefferson is the artistic director and founder of Montage Theatre of Dance. She is one of the lead instructors of Dance Works Studio in Clinton, MS. Tiffany Jefferson is a Ph. D. at Jackson, State University. She obtained her Master’s Degree in Dance Education from Wichita State University, and received her undergraduate degree from Oklahoma State University where she was the 1996 Miss Black Oklahoma and an All-American collegiate cheerleader. She has also studied with Alvin Ailey American Dance Theatre, Broadway Dance Center, International Ballet Competition, Monsters of Hip Hop, Dallas Black Dance Theatre, TAP into the Network, American Collegiate Dance Festival Association and many other governing bodies.

​Tiffany is  married to her husband Joe and is also the proud mother of 3, Jordan, (Rhodes Scholar Finalist), Jones and Kennedy, who dance with their mother as well. 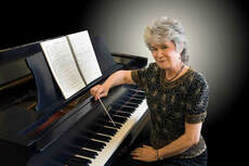 The 13th Annual Del Kieffner Award
Recipient, Dr. Peggy Dettwiler, Professor of Music and Director of Choral Activities at Mansfield University
​ ​      Officials of Performing Arts Educators presented the 13th Annual Del Kieffner Award to Dr. Peggy Dettwiler at Performing Arts Educators’ 13th Anniversary Celebration at New York City's Carnegie Hall on January 20th, 2019. As a recipient of the Del Kieffner Award, Dr. Dettwiler joins a select ensemble of people who have positively shaped and influenced the lives of the students they’ve taught.
Dr. Dettwiler conducts the Concert Choir, Festival Chorus, and Chamber Singers, and teaches choral conducting and methods at Mansfield University, Mansfield, Pennsylvania.  She holds the Doctor of Musical Arts Degree from the Eastman School of Music in Rochester, New York.   She also has a Master of Music Degree in Choral Conducting from the University of Texas at San Antonio and a Master of Music Degree in Music Education from the University of Wisconsin in Madison.
In 2010, Dr. Dettwiler received the Elaine Brown Award for Choral Excellence from the Pennsylvania Chapter of the American Choral Directors Association, and she placed second in 2011 and 2013 for the American Prize for Choral Conductors at the College/University level.
Dettwiler has served as a guest conductor and lecturer throughout the country and has given presentations at numerous NAfME and ACDA Conventions.  She has produced two DVDs, one entitled, “Developing a Vocal Color Palette for Various Choral Styles” and the second, “Sing in Style.”
​     Dettwiler made her conducting debut in Carnegie Hall in January of 2014 and presented an interest session at the World Choral Symposium in Seoul, Korea, in August of 2014. Most recently, Dettwiler received the Presidential Coin for Excellence from General Francis Hendricks, President of Mansfield University, and was designated “Honored Artist of the American Prize.”  In 2016, she served on the jury for the World Choir Games in Sochi, Russia. Most recently, she prepared 80 singers from Mansfield University to sing the choruses for Carnegie Hall’s Gala Benefit Celebration of Bernstein’s Candide, garnering a mention in the New York Times.              Dr. Dettwiler is currently President of the Eastern Division of the American Choral Directors Association.
PREVIOUS DEL KIEFFNER AWARD RECIPIENTS
2018 12th annual – Fontaine Dollas Dubus, Joppa Dance Company, Carnegie Hall,  Isaac Stern Auditorium 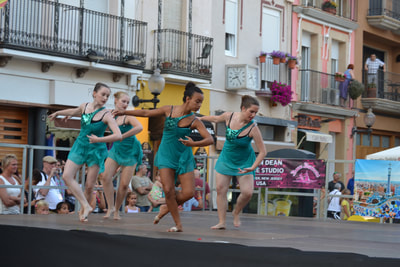